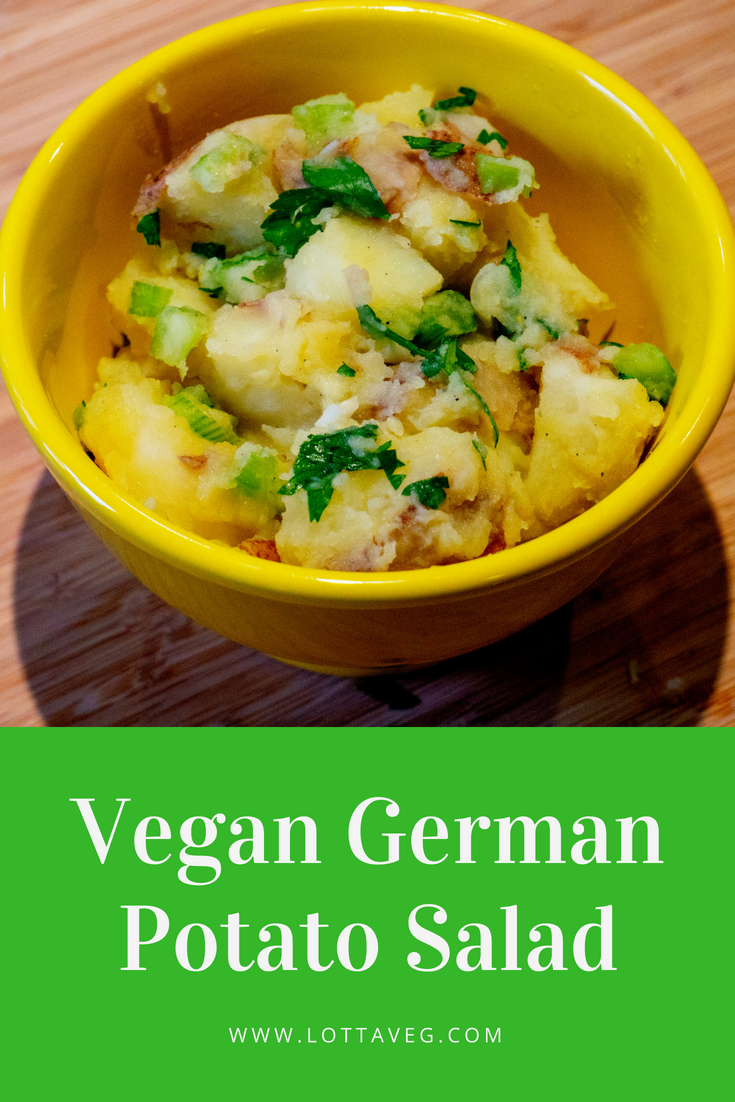 This Vegan German Potato Salad recipe tastes a lot like the potato salad my German grandmother made when I was a kid. It’s very vinegary and flavorful.

Traditional German Potato Salad is made with bacon so we simply omitted that and didn’t notice its absence. However, you may be able to simulate that flavor by adding some liquid smoke into the dressing. Bacon gets most of its flavor from the liquid smoke it’s bathed in, so adding a little of it to this recipe might do the trick.

Or you could use some bacon bits, which are vegan because they aren’t made of bacon. They’re not healthy, either, but they do taste like bacon. If you try either of these options, please let us know what you think.

Amelia liked the crunch of the raw celery and green onion, but I would prefer it slightly sautéed so there’s not as much difference in texture between the raw veggies and the cooked soft potatoes. It’s a weird texture thing for me to bite into a soft potato and then hit a crunchy piece of celery. If you’re like me, you might want to sauté the celery and onion in a little veggie broth to soften them up.

This recipe pairs well with any vegan burger, corn-on-the-cob, green beans or your favorite vegan dishes. 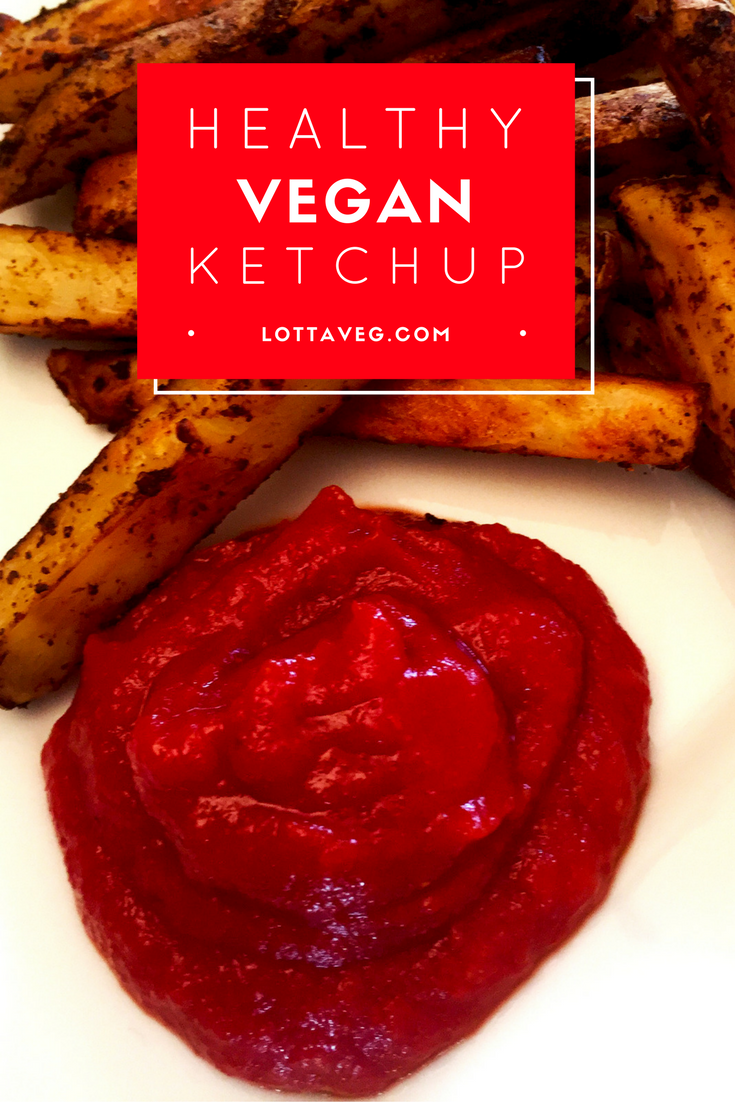 The world’s most popular ketchup (starts with an H) is made with high fructose corn syrup and corn syrup. These are the 3rd and 4th ingredients on the label so that tells us they’re primary ingredients. Unless it’s organic, we can assume it’s made with GMO corn, as well. And “natural flavoring” is always a mystery ingredient.

This ketchup recipe only takes a few minutes to prepare and only contains real ingredients. We include 1/2 tbsp organic sugar to cut the acidity of the tomato paste and make it a little sweeter, but you can omit that if you want to. You can also substitute stevia or another non-sugar sweetener.

This recipe makes a full cup (8 oz). If you eat ketchup on everything, you may want to make a double batch so it lasts longer. 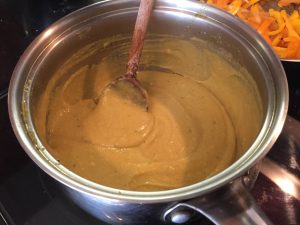 This Vegan Brown Gravy recipe is the perfect addition to your holiday meal. Gravy is a mainstay in the American diet and this recipe will allow you to continue enjoying it, even after you go vegan.

We used this gravy with our Vegan Wellington, but it would also go well with just about any dish that calls for brown gravy.

You might be tempted to use the brown packet gravy from the store, but this recipe is much healthier and more natural than those. This recipe only takes a few extra minutes, but the taste and nutrition are worth the effort. 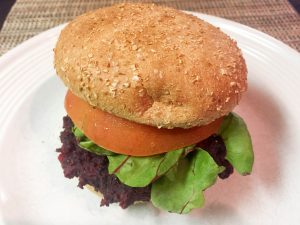 Beets are very versatile and high in iron. You don’t need to cook them before preparing this recipe. Just grate them in your food processor and they’ll cook up in the oven.

Quinoa is a high protein grain that makes a great binding agent. Be sure to rinse it thoroughly before cooking to remove the saponin coating that gives quinoa a bitter taste.

We opted to bake the burgers in the oven since they’re pretty delicate and come apart easily. Baking them also cuts out the oil needed to fry them in the pan. But if you prefer to fry your beet burger, add a little oil to a large skillet and cook them for a few minutes on each side until crispy. 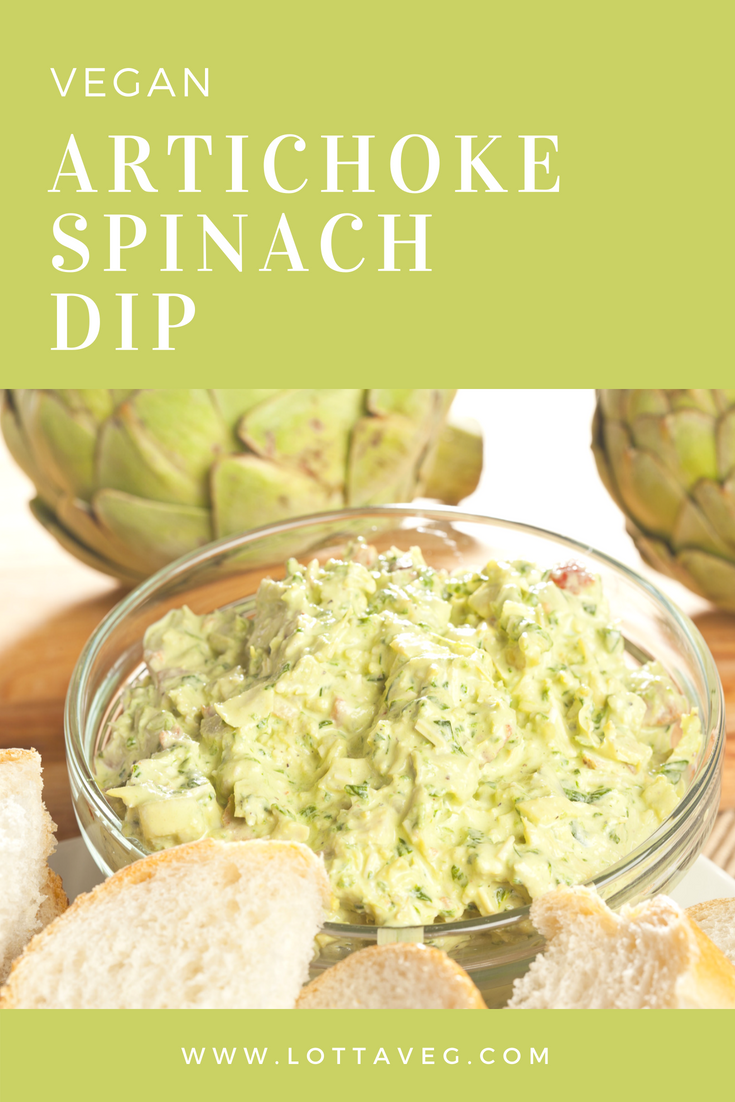 This Vegan Artichoke Spinach Dip is a party favorite and one of my personal favorites. Instead of using sour cream and cream cheese, this recipe uses cashews and lemon juice to create that familiar texture and taste. 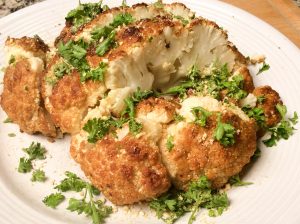 YaYa’s is one of our favorite places to eat in Denver. They have a vegan cauliflower steak that is absolutely amazing and if you call ahead and tell them you’re vegan, they’ll go out of their way to take care of you.

This cauliflower steak is very hearty and flavorful. We baked it whole until it turned a nice golden brown, but you could also slice it ahead of time and then bake it or grill it. Cooking it whole means all of the flavor is on the edges so if you slice it before cooking, you can spread the seasonings more evenly.

One head of cauliflower makes about 4 steaks, 2 larger and 2 smaller.