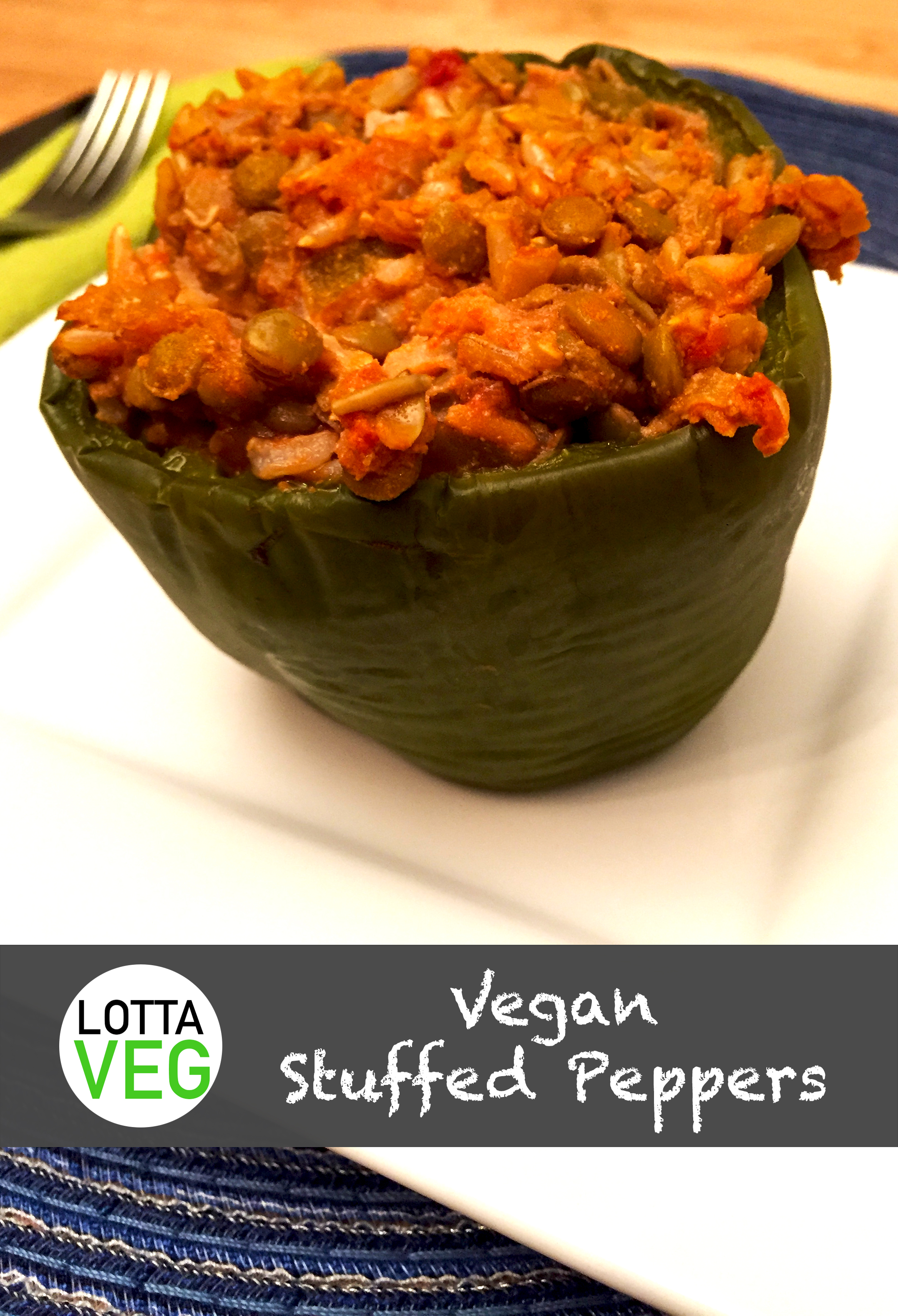 These Vegan Stuffed Peppers are amazing! Thanks to the lentils, the look, taste and texture are almost identical to traditional stuffed peppers made with ground beef. I bet you can fool people if you don’t tell them it’s vegan.

Stuffed peppers are loved around the world with slight variations in the recipes. If you come from an area that uses cheese, you can melt some Daiya on top of the peppers or sprinkle with some Nutritional Yeast.

You can also make these with Beefy Crumbles from Beyond Meat instead of using lentils. However, Daiya and Beyond Meat are both processed foods so they’re not as healthy as the whole plant alternatives.

This recipe calls for Grandpa’s Vegan Dipping Hot Sauce and Vegan Cashew Cream so you’ll either need to make these ahead of time or substitute them with a prepackaged alternative.

You can make a meal out of these, but they also pair well with Healthy Butternut Squash, a Side Salad, a slice of Whole Grain Bread, Steamed Broccoli or your other favorite side dishes.

If you make this recipe, please let us know your thoughts in the comments below. And please share with your friends to help spread the word about healthy plant-based eating. 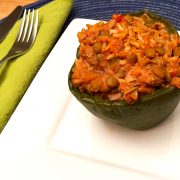 Want to join the discussion?
Feel free to contribute!

Nutrition Label for this Recipe

Let us simplify your vegan diet by sending you a weekly vegan meal plan complete with nutrition facts and a grocery list. You don’t have to figure it all out on your own…we’ve done it for you.

What the Health Documentary Review
Scroll to top